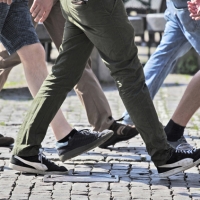 Researchers at the University of California and San Diego State University studied over 4800  women age 65 or older living independently.None were diabetic.  Participants wore a device that recorded their steps 24 hours daily for one week. The participants health  was monitored for seven years.   8% of the 4800 women developed diabetes.

Researchers reported for every 1,000 steps participants took, results showed a 6% lower diabetes risk. If additional 2,000 steps  daily were taken, it could result in a reduction of diabetes risk by 12 %.

For additional health & fitness tips go to: pilatesplusforboomers.com click on “walking for the health of it”