Exercise is not all about your body. Building muscles and conditioning your heart  and circulatory system are side effects.  Exercise is really about your brain according to New York University neuroscience professor Rodolfo Llinas, MD,PhD and author of I of the Vortex; From neurons to Self

Our brains are constantly growing; they can even be rewired.  And exercise is the key. “aerobic exercise can change the brain’s anatomy, physiology and function” according to Wendy Suzuki, PhD, New York University neural science professor and author of Healthy Brain, Happy Life.

According to John Ratey,MD, associate clinical professor of Psychiatry at Harvard Medical School, author of Spark: The Revolutionary New Science of Exercise and the Brain

The brain is all about communication.  It is composed of 100 billion neurons that confer with each other, governing every thought and actions.  Synapses are the connections between neurons.  They send electrical signals that neurotransmitters carry to the next neuron.  Neurotransmitters are key to brain function… and they are strengthened by exercise.  More nerve cells fire when we are exercising than when we are doing something else.   This activates the brain as a whole.

Among these neurotransmitters are norepinephrine, which sparks attention, perception, motivation and arousal: serotonin, which directs “traffic”, influencing mood. impulsivity, anger, and aggression; and dopamine, which governs attention and learning, plus our sense of contentment and reward.

Build a Better Brain With Exercise 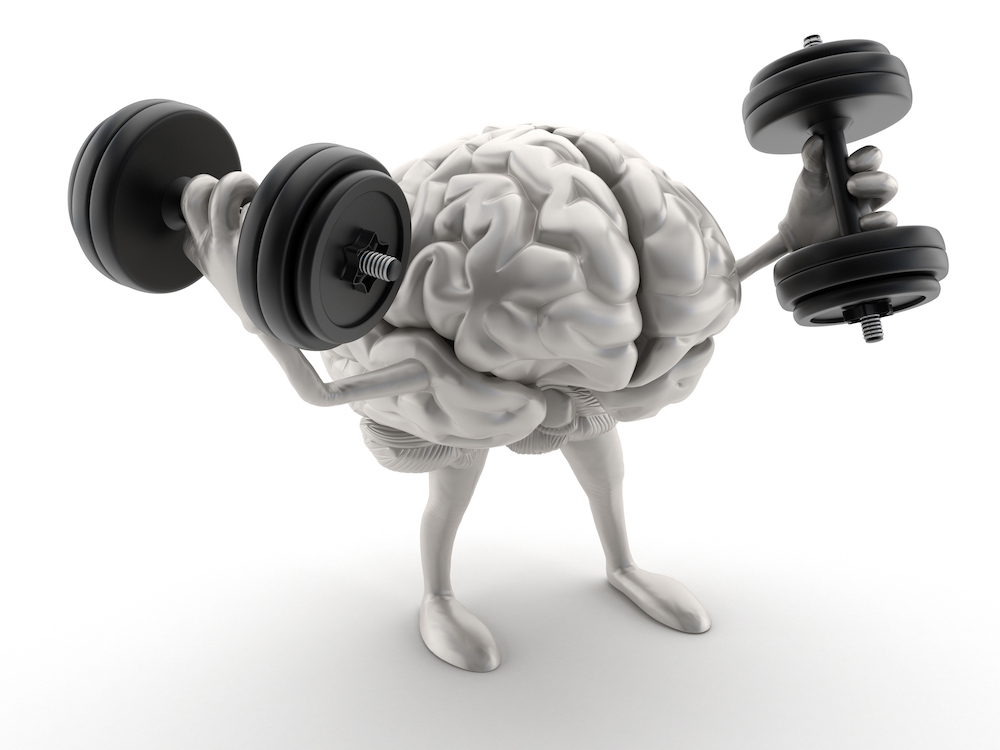 Movement & Coordination: As we move, our brains learn how to move better.  Exercise stimulates the cerebellum, which coordinates all the body’s motor movements, like standing up straight, hitting a golf ball or dancing.

The prefrontal cortex is the brain’s CEO explains John Ratley, MD, associate clinical professor of Psychiatry @ Harvard Medical School, author of Spark: The revolutionary New Science of Exercise  and the Brain. It is in charge of executive functions,controlling physical actions, receiving input and issuing instructions to the body.  Managing short-term working memory, judging and planning are also its responsibility. When we exercise, if the exercise requires complex motor movement, we are exercising the area of the brain involved in the full suite of cognitive functions.

Attention & Concentration:  Our brains become more active when we are active; this causes neurons to fire in unison, creating brain waves. When we are on autopilot…sleeping, watching TV..low frequency waves prevail. High-frequency waves called beta waves dominate when we are focused and processing information.

According to Wendy Suzuki, PhD, New York University neural science professor and author of Healthy Brain, Happy Life, the most common finding in studies on exercise is increased aerobic exercise will improve your ability to focus attention and your ability to shift attention.  Experts believe this enhanced focus comes from the bump in dopamine.

Studies have shown memory gains  for people involved in exercise.  A 2016 report published in Frontiers in Human Neuroscience. Researchers conducted MRI scans of cross country runners and identified “significantly greater connectivity” between parts of their brains associated with attention, decision-making, multitasking, processing sensory input and memory with a control group of non-runners.

Columbia University researchers discovered that (BDNF) brain-derived neurotrophic factor, a protein that incites neuron growth. in tests on rodents, according to Wendy Suzuki, PhD., author of Healthy Brain, Happy Life, exercise  doubled the rate of neurogenesis in the hippocampus ( a small area tucked in the brain’s center assisting learning and memory).

Creativity and Imagination: A 2014 study published in the Journal of Experimental Psychology divided 176 college students and adults into two groups, one walked while taking a creativity test: the other was sedentary during the test.  The walkers scored 81 % higher.

According to the study coauthor Marily Oppezzo, PhD, a Stanford University psychologist “ it could help you at the beginning stages of creativity.” “This also raises the possibility that increased exercise might enhance our ability to imagine the future in a new way”. 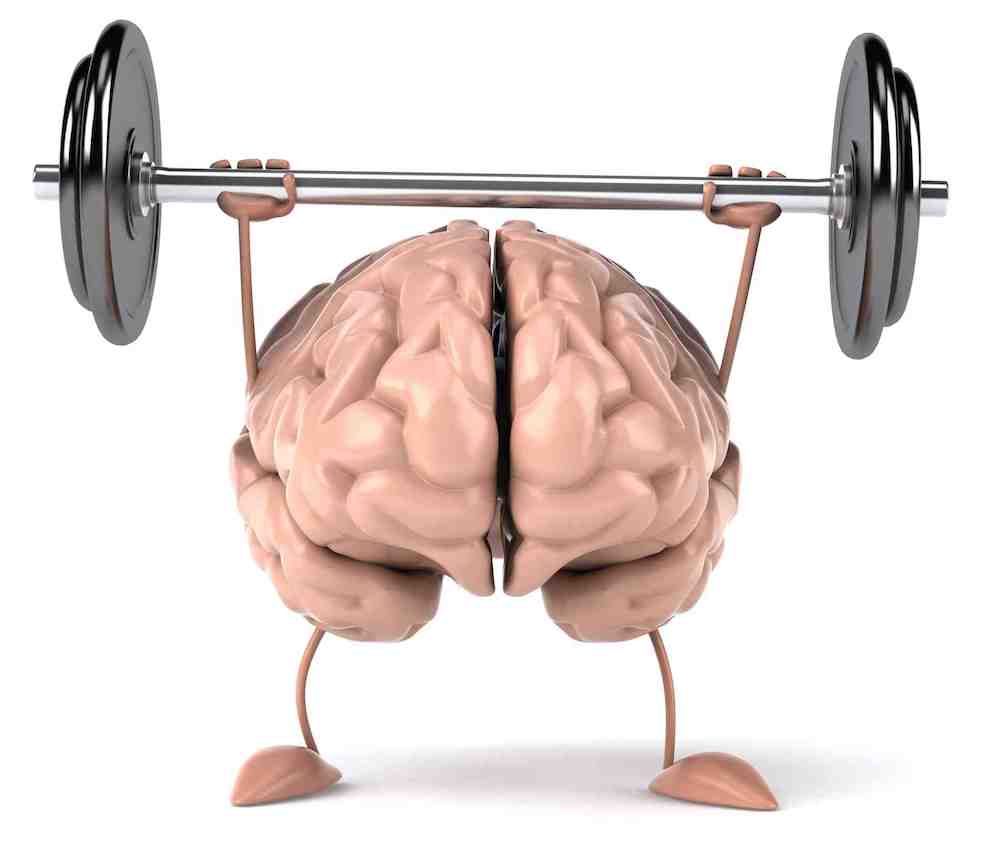 All the evidence that physical activity induces in the brain adds up to one sum: Exercise keeps our brains young, according to John Ratey, MD, associated clinical professor of psychiatry at Harvard Medical School.Everything we learned continues to confirm that exercise helps prevent cognitive decline as we age. All the anti-aging protocols include exercise in a big way.  It is often the No. 1 lifestyle to help people prevent aging and cognitive decline.

Rudolph Tanzi, PhD co-author of “Super Brain”, suggests exercise also battles inflammation in the brain.  The basic immune-system response to injury, inflammation can become chronic as we age and studies have identified it as a primary agent in Alzheimers.  Exercise along with lifestyle changes such as good nutrition and good sleep…may actually help reverse Alzheimers and cognitive decline.

A 2009 study from the University of North Carolina  published in the American Journal of Neuroradiology used magnetic resonance angiography on 14 participants between the ages of 60 and 74.  Those who exercised weekly significantly increased the number of capillaries in their brains compared with a control group, according to lead study author Elizabeth Bullitt, MD. Also, reported this contributes to optimum brain function…similar to the effects of exercise on healthy individuals.  Suggesting that the finding suggested aerobic activity appears to be associated with a “younger appearing brain.”

While most studies have focused on aerobic exercises and its effects on the brain, recent research suggests that all exercise is beneficial, including resistance training. A2017 study, coauthored by neuroschientist Wendy Suzuki, PhD, and published in the journal Brain Plasticity, found that a single bout of exercise benefits your brain.  The review,however, does not detail how long the session should be, how intense, or what activities it might include.

Another study showed just one hour of exercise a week can help prevent depression.  Published in the American Journal of Psychiatry monitered 33,908 Norweigian adults for 11 years , found lower rates of self-described depression among those who spent an hour a week doing “low-level” exercises.

What exercise is best?? Psychiatrist John Ratey, MD, recommends movements that simultaneously tax your cardiovascular system and the brain..Tennis, pickellball, yoga, dance, Pilates,and so on.

“ While aerobic exercise elevates neurotransmitters, creates new blood vessels that pipe in growth factors and spawns new cells, complex activities put all that material to use by strengthening and expanding networks,” John Ratey, MD explains.  “The more complex the movements, the more complex the synaptic connections.”  “Any motor skill more complicated than walking has to be learned and will challenge the brain”.

What does  all this information mean?? You have the power to change your Brain!!

“Walking for the Health of It”